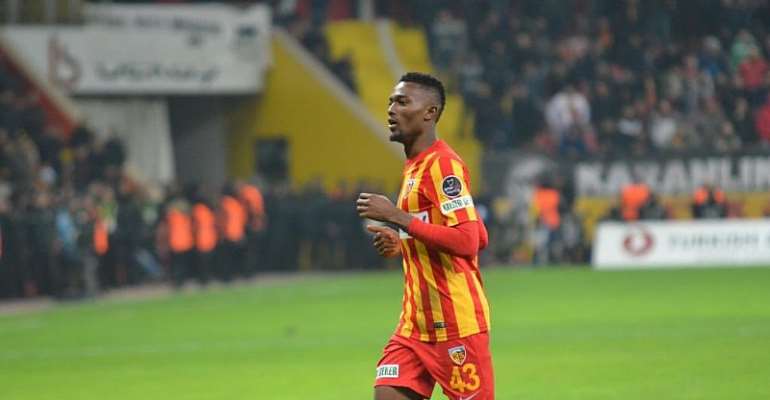 The player who was expected to make a permanent switch to Kayserispor after impressing with them last season has joined Fernabache on a three-year deal ahead of the upcoming 2019/2020 season.

Whiles his transfer may come as a surprise to many, it appears he has made a good decision especially looking at the pedigree of his new side. The Yellow Canaries are said to have raided and hijacked the Kayserispor move, with an improved offer that pleased both Atletico Madrid and Bernard Mensah.

Checks have also revealed that the transfer of the 24-year-old player has caused Atletico Madrid to lose about €2.4 million.

Bernard Mensah enjoyed a fantastic campaign for Kayserispor in the just ended season where he bagged three goals and made one assist after making 22 appearances for the side.

The Ghanaian international will be an integral part of Fernabache when they make a claim for the Turkish Süper Lig title.

W/R: Five wounded after residents of Ampatano and Kamfakrom ...
36 minutes ago