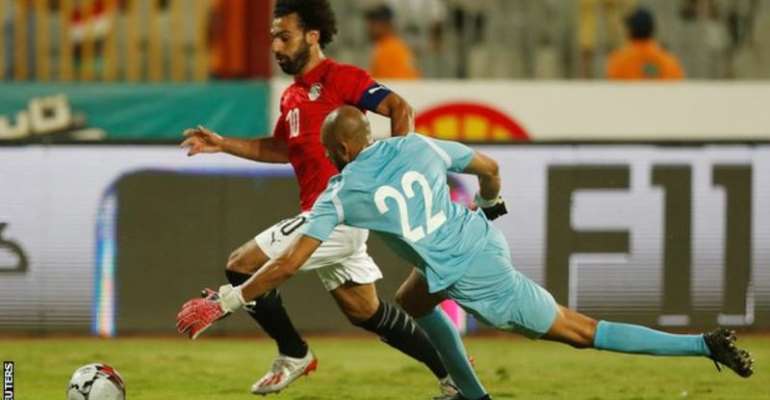 Hosts Egypt play Zimbabwe in the first match of the Africa Cup of Nations on Friday - the first time the tournament has been held in Europe's summer.

Egypt were only awarded the competition in January after it was taken away from original hosts Cameroon because of security and preparation concerns.

The Pharaohs have won the competition seven times - but not since 2010 - and lost to Cameroon in the 2017 final.

Liverpool forward Mohamed Salah is the best-known player in the Egypt squad.

There are also three other England-based players in their squad - Arsenal midfielder Mohamed Elneny, West Brom defender Ahmed Hegazi and Aston Villa defender Ahmed Elmohamady, who captains the side.

"Salah is now one of the leading three players in the world," said Elmohamady. "This is a very big and positive thing that will definitely help us in our quest to win the Nations Cup."

The match will be held at the Cairo International Stadium, which has rarely been used over the last eight years because of security concerns.

Zimbabwe are playing in the tournament for a fourth time but have never made it past the group phase and finished bottom of their section in 2017, failing to win a game.

The tournament is usually held in January and February, causing disputes with European clubs who had to release players in the middle of the season. But in July 2017 the Confederation of African Football decided the tournament would be played in June and July this year instead.

It also increased the tournament from 16 to 24 teams, in a similar format to Euro 2016, with the top four third-placed teams from the six groups also going into the last 16.

You're A Blatant Liar; I've Never Attacked Any Religious Lea...
31 minutes ago