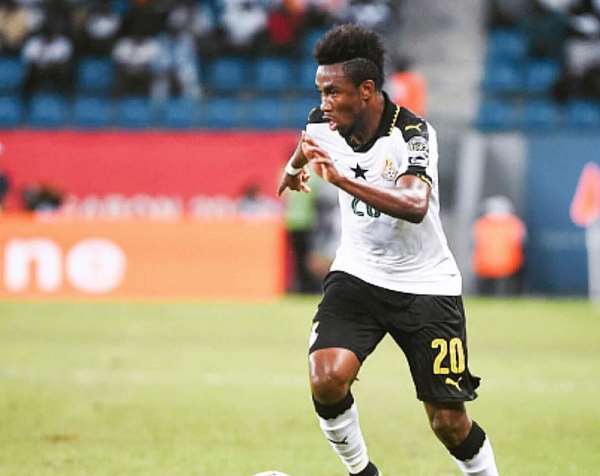 Red Bulls Salzburg forward, Samuel Tetteh has expressed confidence in the current Black Stars squad assembled by head coach James Kwesi Appiah and has stressed that he believes they are capable of ending Ghana’s 37-year wait for a continental title.

The West African side is chasing a 5th Africa Cup of Nations (AFCON) trophy since emerging as winners as far back as 1982. Since then, all attempts to conquer the continent has been unsuccessful, leaving the entire citizenry restless and hungry for glory.

Ahead of yet another edition of the prestigious AFCON tournament, Samuel Tetteh is optimistic Ghana can finally break the age-old jinx and go all the way to win the trophy.

Speaking in an interview with Accra based Oman FM, the former WAFA player noted that the Black Stars have the men to overcome the 37-year old drought to ensure they return from the tournament with the trophy.

“We have the squad to win the tournament and I will say we have a very good squad. It is not about big names that win you a tournament. We still have some big names in our team such as Dede Ayew, Asamoah Gyan and Wakaso as well as some other young players who can win you the trophy”, Samuel Tetteh highlighted.

He continued, “I strongly believe Ghana can win this year’s tournament. I say so because we have to believe that we can win the trophy and throw our support behind the team”.

The Black Stars are currently holding a pre-tournament training camp in Dubai where they are expected to spend three weeks. They will play two friendly matches with Namibia and South Africa before making their way to Egypt for the start of the tournament.