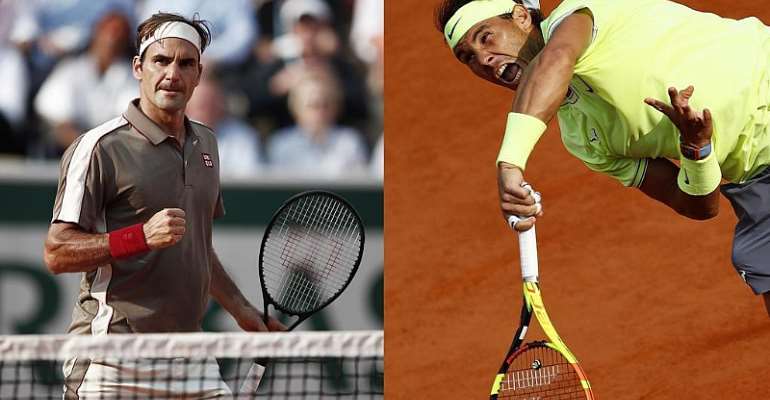 Roger Federer v Rafael Nadal. On four occasions it was the French Open final. On Friday afternoon, it is the semi-final with the winner to face either the top seed Novak Djokovic or the fourth seed Dominic Thiem. The clash between Nadal and Federer has become the most enduring and compelling of tennis rivalries. They first met at the Miami Masters in 2004. Nadal won the last 32 match 6-3, 6-3.

More than 15 years later, they will confront each other for the 39th time.

Paris in 2005 was the venue for their first meeting on clay. Nadal took that semi-final on a damp Friday afternoon in four sets on his way to his first French Open crown.

The Spaniard has gone on to become a French Open legend with 11 titles. Four of them have been claimed at Federer's expense.

Despite the beatings, Federer says he relishes the challenge. "If you want to do or achieve something on clay, inevitably, at some stage you will go through Rafa," said the 37-year-old. “If I would have had a different mindset to avoid him, then I should not have played the clay.”

Federer skipped the clay court swing of the ATP tour for three years due to injury and to preserve his ageing limbs. The exceptionally fickle crowds at Roland Garros have forgiven him for his snub.

They have filled the stands during his matches, drooled over his shots and lapped up his post-match on-court eulogies in fluent French to their support and appreciation of tennis. Rafa may be the legend, Novak Djokovic, the bristling interloper, but Roger is transcendant.

Even though, it is his favoured surface on which he holds a 13-2 advantage over Federer, Nadal says he will have to be vigilant.

Positions,” said Nadal. “I need to make him play from difficult positions, so he doesn't have the chances to go to the net or to play his aggressive game.

"So at the end of the day I have to play well and I hope to put him in trouble. If not, I will be in trouble.”

They hold 37 Grand Slam titles between them and the winner will not be guaranteed another. Djokovic is seeking a 16th Grand Slam championship and also the feat of a fourth consecutive major crown.

Pity then the others looking up at the troika hogging the honours. 'It's so difficult winning a Grand Slam,” said Thiem. “For those of us who haven't won one yet, we often have to go through two people who have won at least 15.”

But so are legends born.