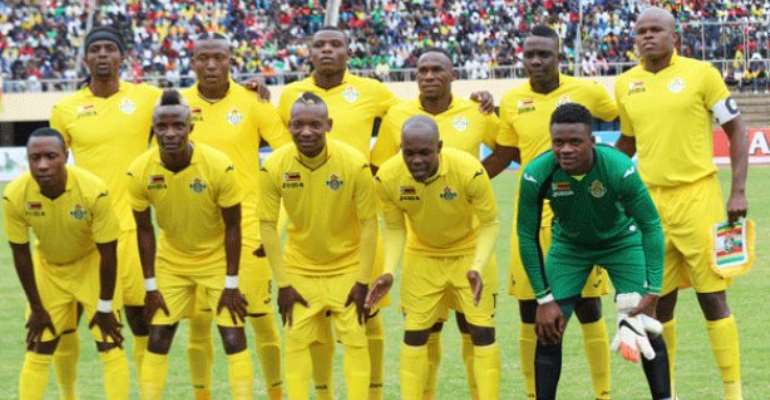 Key striker Knowledge Musona says Zimbabwe aim to be the "Ajax Amsterdam" of the Africa Cup of Nations finals in Egypt starting later this month, hoping to surprise with a run deep into the competition.

Zimbabwe have been drawn in Group A along with the hosts, Democratic Republic of Congo and Uganda, and are aiming to get out of the pool stages for the first time in their history after taking just one point from three matches in Gabon two years ago.

"We have a good team with good quality, and we are working hard to correct the mistakes from the last tournament," Musona told Reuters at the team's training camp in Durban.

"We have enough experience and our initial target is to pass out from the group stages for the first time."

Musona, who is contracted to Belgian side Anderlecht but played part of last season on loan at Lokeren, says Zimbabwe is confident of progression despite being "underdogs" after topping a qualification pool that also included DR Congo.

"We have the hosts and they are always going to be favourites. DR Congo have a strong team and they will know what to expect from us. Uganda are a very good team also.

"Zimbabwe are the only underdog in the group, but that in itself should give is motivation to say we are the Ajax Amsterdam of the Nations Cup.

"We are going there to fight and give disappointment to other teams," he said, alluding to the Dutch club's surprise run to the UEFA Champions League semi-finals this season.

TOGETHERNESS
Musona adds that one of the keys to their achievement in qualifying for successive Nations Cup tournaments has been the fact that many of the players have been together since featuring for the Zimbabwe Under-17 side.

"I have played with almost everyone from Under-17 through to the Under-23s and into the senior team, so we know each other very well," he said.

"(Striker) Khama Billiat and (goalkeeper) George Chigova come from the same academy as me, so we understand each other.

"This keeps us going and every time we tell ourselves to fight for each other on the pitch, we play as a team and not as individuals."

Zimbabwe will face Nigeria in a friendly in Lagos on Saturday, a chance for the squad to assess their readiness for the June 21-July 19 continental finals.

"It will be a big test before the Nations Cup. Nigeria are one of the strongest teams in Africa and we are looking forward to it.

"It will be good for us to see if we are ready for the tournament."