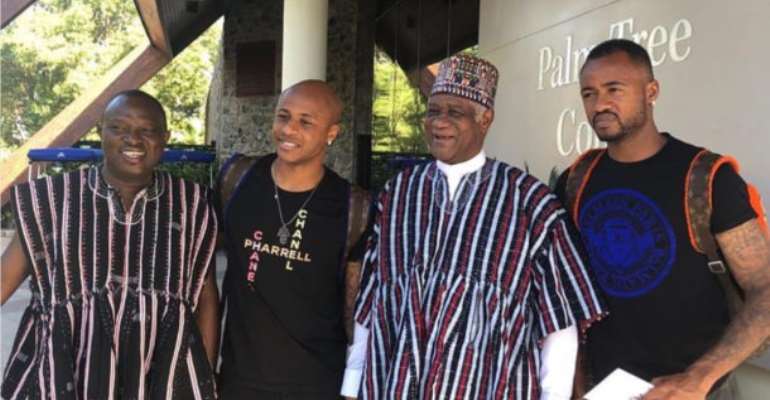 Ghana’s Ambassador to United Arab Emirates Alhaji Ahmed Ramadan paid a visit to the Black Stars at their team base on Sunday.

The team is in Dubai for a three-week training tour before departing to Egypt for the 2019 Africa Cup of Nations which starts on June 21st.

Ghana are scheduled to play two pre-tournament friendlies against Namibia and South Africa in the Gulf country.

H.E Ramadan who was with some staff of the embassy encouraged the players to make the nation proud by ending a 37-year wait for continental success.

The Black Stars have been pooled alongside Benin, Guinea-Bissau and Cameroon in Group F at the tournament.

Kwesi Appiah’s side have come close to ending their drought at the last six tournaments, having reached the semi-finals, and even going as far as the final in 2010 and 2015.