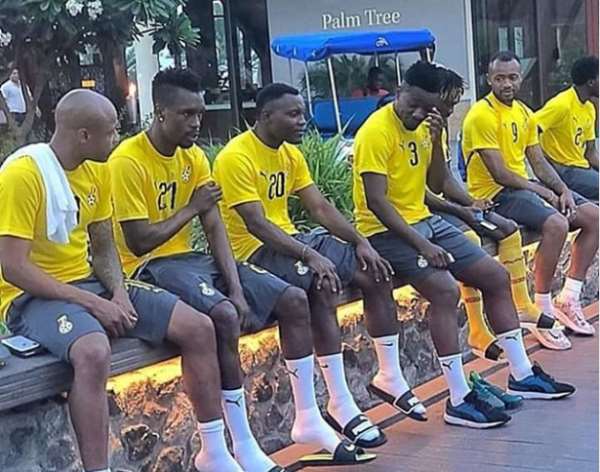 General captain of the Black Stars, Asamoah Gyan has expressed his satisfaction after completing his first training with his teammates in Dubai.

The team held their first training session at the Jeber Ali Training Centre in the United Arab Emirates on Monday evening.

Twenty-three players are currently present at the camp of the team with the remaining players expected to join the team by close of tomorrow.

Ghana will play South Africa and Namibia in a warm up game before teh final 23 man squad is named for the tournament which start on June 21 to July 19.