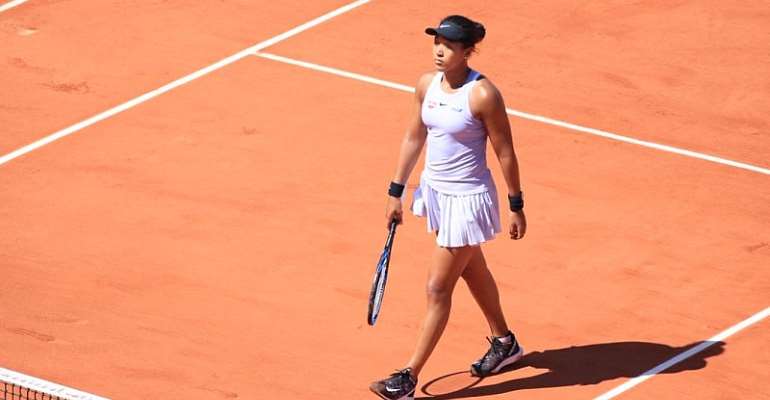 Katerina Siniakova dispatched the top seed Naomi Osaka on Saturday from the French Open. The 23-year old Czech won 6-4, 6-2 to record her first victory over a world number one and leave Simona Halep as the highest seeded women's player in the tournament.

Osaka has struggled during her six days at the French Open. In her first round match against Anna Karolina Schmiedlova, the Slovakian twice served for the match before succumbing. And in the second round clash with Victoria Azarenka, Osaka had to battle from a set and a break down before prevailing.

On Saturday on Court Suzanne Lenglen, Osaka had her chances. She squandered three break points when Siniakova was serving for the set at 5-4. Siniakova overcame the wobble to claim the opener 6-4.

Osaka again spurned several opportunities to take the advantage in the second set and once Siniakova broke to lead, the 21-year-old from Japan could not convert the chances to level

Elsewhere in the women's draw, Halep cruised into the last 16. After being taken to three sets in the first two rounds, she dismantled Lesia Tsurenko 6-2, 6-1 to continue the defence of her crown.

Despite having won all six of their meetings on the senior tour, Halep said she had expected a stern examination but was surprised to find a change of tactic. “She was hitting really strong and wanted to finish the points fast,” Halep explained. “That's why she missed so much.

“But I had in my head that I had to stay very strong and to play more aggressive. So I think today was a better match. I played better and I felt better on court.”