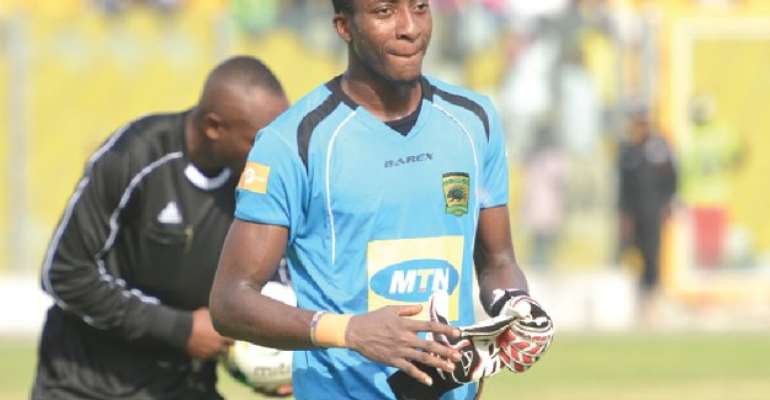 Asante Kotoko goalkeeper, Felix Annan has reiterated that he is pleased with his side's 1-1 draw at Bechem United on Match Day 5 of the GFA Special Competition.

The Porcupine Warriors had to come from a goal down to salvage a point against the stubborn Hunters at the Nana Gyeabour Park.

Despite the stalemate, the Reds to the table in Zone A with the impressive shot-stopper delight by his side's performance.

Fatawu Safiu netted from the penalty spot as the Porcupine Warriors avoided a shock defeat.

Kojo Owusu Achaw opened the scoring with a header from a corner to gift Bechem the lead.

But Safiu stepped up onto the plate once again. The striker won a penalty and converted with aplomb to restore parity.

With today's goal, Fatawu has now scored five goals and sits comfortably at the top of the goalscorers chart after five games.