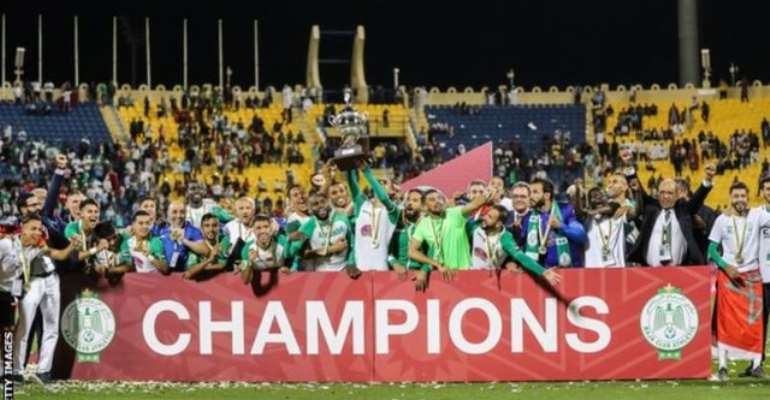 Raja Casablanca of Morocco won the African Super Cup on Friday, narrowly beating Tunisia's Esperance 2-1 to lift the trophy for the second time.

Goals from Abdelilah Hafidi, a superb first half strike from 20 yards, and a neat close-range finish from captain Badr Benoun in the 65th minute sealed the win for Confederation Cup winners Raja.

The goals came either side of a superb goal from Youcef Belaili, who smashed home an equaliser in the 57th minute, for the African Champions League holders.

The Super Cup is an annual one-off match pitting the winner of the Champions League and second-tier Confederation Cup against each other.

Friday's match was played in the 2022 World Cup host nation, Qatar, the first time it has been played outside Africa.

The Qataris used the match to help train its staff and test its facilities ahead of 2022.

Esperance now stay in Doha and will face CA Bizertin in the Tunisian Super Cup on 1 April in the same stadium.

"You Were Not A Vice President When MoMo Was Introduced 11ye...
37 minutes ago