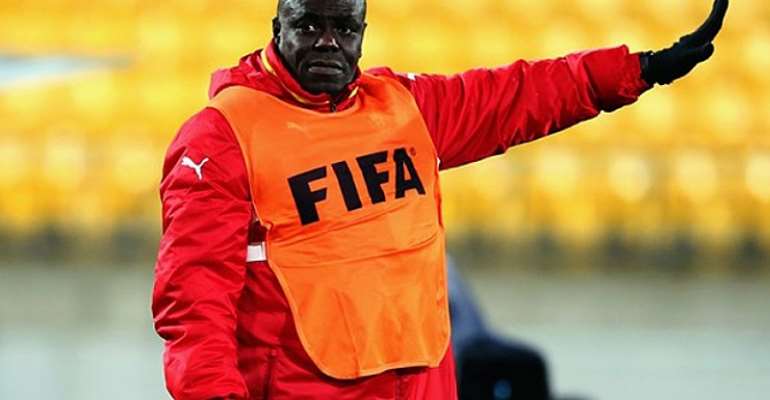 Experienced trainer Sellas Tetteh has vehemently refuted reports he is on the verge of joining Bechem United.

The name of the former Rwanda and Sierra Leone national team coach began circulating in the media Tuesday as reaching advanced talks to take over the technical team of the Ghana Premier League side.

But Tetteh, who is famously known for leading Ghana to Africa’s only U-20 World Cup triumph decade ago, tells Otec FM that “It’s never true that I’ve signed for or in talks with Bechem United.”

The 62-year-old was reported to have been leading the Hunters in training at their camping base in Accra but explains he was only contacted about leading Bechem United's U-17 team to an invitational in the United States.

"I've been called by Agama (owner of Bechem United) who is a good friend of mine, to help manage their U-17 to a tournament in the USA."

Sellas Tetteh has been coach of second-tier side Tamale City over the past yer and remains at post.

"As I am speaking, I'm in Tamale performing my duties as head coach for Tamale City."

Sellas is expected to lead Tamale City FC, formerly known as Guan United, in the GFA Normalization Committee Special Competition set to kick off this weekend.