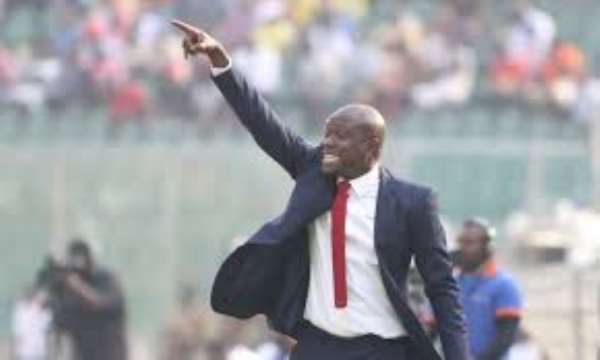 Head Coach for Kumasi Asante Kotoko, Charles Kwablah Akonnor has stressed that his team’s exit from the CAF Confederations Cup is not as a result of lack of competitive football league in Ghana.

Having led the Porcupine Warriors to the group phase of CAF’s second tie competition, the Kumasi based club painfully crushed out yesterday after losing their final match to Zesco United by two goals to one.

Whiles many believe lack of a competitive league in the West African Country caused Kotoko to crush out of the competition, CK Akonnor in his post-match interview refused to accept that assertion whiles insisting that his opponent on the day showed more aggression which eventually won them the match.

“Yes there is nothing going on but hopefully there will be something soon. But I don’t think that is the cause. We didn’t just do well in the last games we played. Against Al Hilal we didn’t play well and today Zesco were a bit more aggressive especially in the second half and I thought after getting a goal you will be encouraged to play very well, but I think a little bit of unintelligence killed us”, Coach Akonnor shared.

He continued “But if we are to talk of because there is no championship going on in our country, that wouldn’t be a good excuse”.

After the final round of matches in the group stage, Kotoko came 3rd behind leaders Al Hilal, as well as second placed Nkana Red Devils. They bow out of the competition together with Zesco United who ended up bottom of the table despite yesterday’s victory.

The draw for the quarter finals of the CAF Confederations Cup will be made in Cairo this Wednesday, 20th March 2019 together with that of the CAF Champions League.