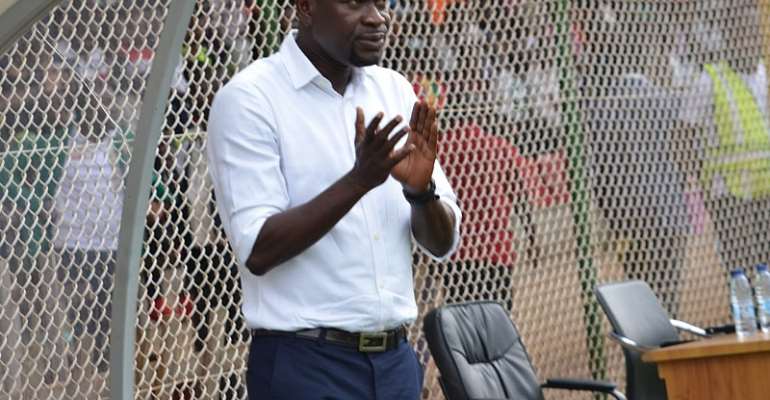 Charles Akonnor has confessed that his side’s defensive errors led to their elimination from the CAF Confederation Cup.

Asante Kotoko needed to beat the Zambian giants, Zesco United in the final game of the group stage to seal their qualification to the next round of the competition.

However, two defensive blunders in the second stanza of the match cost them dearly after Stephen Nyarko had shot them into the lead on the stroke of half time.

Speaking to the press, the Kotoko coach pin-pointed that script could have been written differently had they defended better.

“The goals we conceded since we started this campaign has been a major problem and it has affected us. Honestly, we’ve lost bitterly but I must say I’m proud of the boys.”

“Today is the end of the journey and hopefully we’ll learn from this campaign and comeback stronger.”

Sudanese side Al Hilal topped the Group and were joined by Nkana FC.