Kevin Prince Boateng Returns To Training Ahead Of Empoli Clash 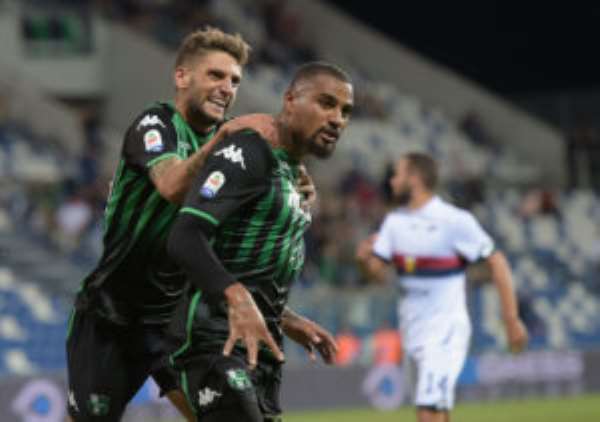 Ghanaian forward Kevin Prince Boateng has returned to group training at Sassuolo after shaking off a knock from Sunday's defeat to Juventus in the Serie A.

The midfielder has been a key figure at the club since joining from German Bundesliga side Frankfurt, already scoring two goals from four games.

On Tuesday, the Ghana international failed to train with the team due to the knock, making him a doubt for Friday's showdown with Empoli.

However, Sassuolo manager Roberto De Zerbi was greeted with good news on Thursday when the Ghanaian joined group training.

The 31-year-old is expected to lead the lines with Domenico Berradi when they host Afriyie Acquah's Empoli.