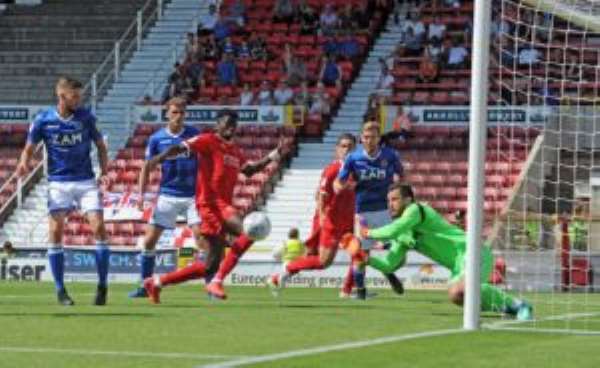 Ghanaian midfielder Kobby Arthur scored a brace for Macclesfield Town FC in their 3-2 loss against Swindon Town in the English League Two at the County Ground on Saturday.

The Silkmen hopes of beginning the championship on a winning note were boosted as Koby Arthur fetched them the opener on the stroke of halftime.

However, they relinquished that lead with just three minutes after the break courtesy Michael Doughty's fine strike.

Arthur looked to have secured Macclesfield the win with his 55th-minute strike but Swindon struck two goals in the final embers of the game through Michael Doughty's double penalty kicks.

He lasted full throttle for Mark Yates' side.