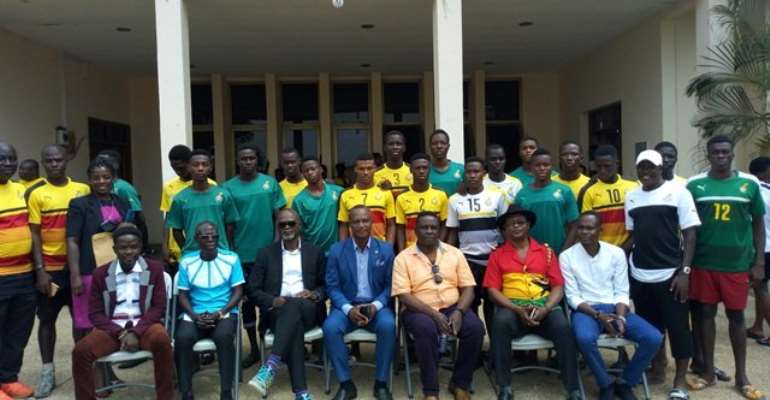 Since then, the government has been working to restore order. But on the sidelines have been a liaison team set up by FIFA/CAF to steer the country into calm waters. The team is made up of Dr Kofi Amoah and experienced coach Oti Aketeng.

However, before the liaison team, government after meeting with the world football governing body set up an Interim Management Committee to steer affairs. The committee was led by CAN 2008 Local Organising Committee chairman Dr Kofi Amoah with support from legends Rev. Osei Kofi and Abedi Pele as well GHALCA boss Kudjoe Fianoo and Eva Okyere. But it collapsed after a few days following the resignation of Fianoo.

While the game tries to find its feet, almost all football activities have come to a halt. The Ghana Premier League and all lower divisions have paused. However, all national teams taking part in qualifiers and international tournaments will be allowed to do so, based on arrangements between government and Fifa.

The liaison team have been in charge for 22 days and here is what they have done so far.

*Liaison team meeting with GHALCA
The liaison team met with Ghana League Clubs Association in the first week of July. The meeting looked at the way forward in the aftermath of the Anas expose with the leader of the liaison team, Dr Kofi Amoah calling for greater collaboration and unity. However, the liaison team asked the clubs to put their thoughts on areas of reform in restructuring to help improve Ghana football in writing and submit it. According to the spokesperson of the liaison team, Dan Kweku Yeboah, they haven't heard from GHALCA.

*Proposal for government to pay GFA workers
The liaison team is the brain behind government's decision to pay the outstanding salaries of workers of the Ghana Football Association.

*Support for Aduana Stars
The government through the liaison team supported Aduana by taking care of the club's expenses when they hosted AS Vita Club in CAF Confederation Cup. The Ghanaian champions won the match 2-1 to boost their chances of reaching the knockout stage of the competition.

*The national teams.
The liaison team have collaborated effectively with Fifa to allow Ghana to play in international competitions despite the issues. And that's why U-20 Women's team have been in camp preparing to take part in upcoming World Cup in France next week. The Black Satellites are also camping ahead of their U-20 Africa Cup of Nations qualifiers against Benin. Also, the Black Queens continue to find tune preparation ahead Women's Africa Cup of Nations.

Beyond the work of the liaison team, the Ghana Football Association is also facing the possibility of liquidation by the office of the Attorney General.

After a slow process of going through a constitutional procedure in order to achieve this, the AG's office has been granted an injunction against officials of the GFA, thereby paving the way for the Registrar General to be appointed the official liquidator of the local football governing body.

While this is going on, Joy Sports understands that the work of the liaison team will culminate in the formation of a Fifa Normalisation Committee for Ghana, which will be a transitional body to, essentially, set up a new FA.