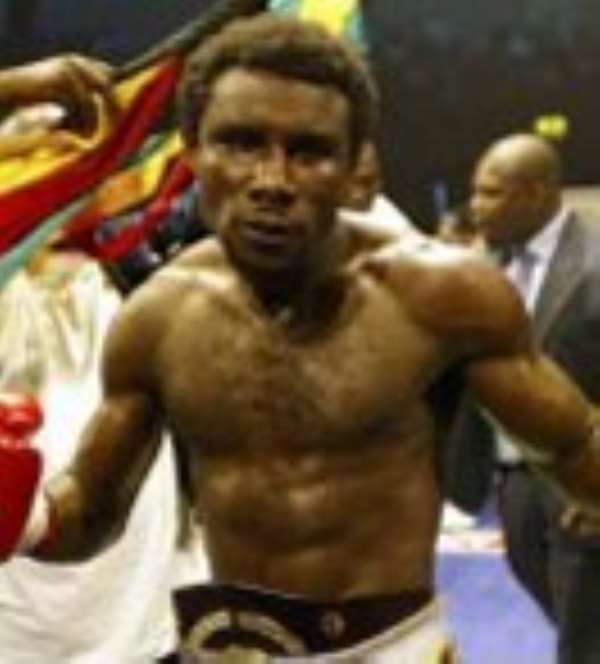 LONDON, Sept. 23 -- Ossie Duran retained his British Commonwealth junior middleweight title with an easy 12-round decision over Colin McNeil Friday. Duran (20-4-1, 9 KOs), of Accra, Ghana, Duran took the unanimous decision by the scores of 119-109, 119-110 and 118-110. Duran stood his ground through every round, giving McNeil nothing to work with. He won the fight utilizing his straight right hand while remaining calm and composed throughout the contest. The 32-year-old former Scottish amateur star was clearly outpointed by champion, on promoter Frank Warren`s charity show at London`s Park Lane Hilton Hotel.Duran was simply too tough and too experienced for late substitute McNeil, who was called upon Monday after Belfast`s former British welterweight champion Neil Sinclair withdrew from the fight.McNeil, the Scottish southpaw battled gamely and never gave up trying to turn the fight around, scoring occasional successes but rarely managing to penetrate the defence of the champion.McNeil suffered a cut forehead in the third round and, after his corner stemmed the flow of blood, he was cut behind the right ear in the fifth as Duran did more than enough to win most of the rounds and take the decision by scores of 119-110 119-109 118-110 from the three judges.The Scot had won all his eight fights since turning professional in March 2004 at the advanced age of 31.Only one of those victories had come inside the distance and, as the statistics proved, he lacked the power to trouble Duran.The 28-year-old champion, now living back in Accra after being based in London for a spell, took his record to 20 wins from 25 fights as he retained the title he won by stopping Jamie Moore, the reigning British champion, in Belfast in June 2004.It was his first fight since December last year and he said: "No one wants to fight me. Neil Sinclair was a good opponent for me to show everyone what I could do against a good puncher and I`m very disappointed that he decided not to fight me."I want to fight for a title and hopefully, with the help of Frank Warren, I will get that chance." Duran captured the British Commonwealth light middleweight title on June 26, 2004, in Belfast, Ireland, when he uncorked a sweeping right hand that had Jamie Moore out on his feet. The referee immediately stepped in at the 1:06 mark of the third round as Duran drove forward, attempting to tag Moore with another right hand.