'Pay Attention To Other Sporting Disciplines 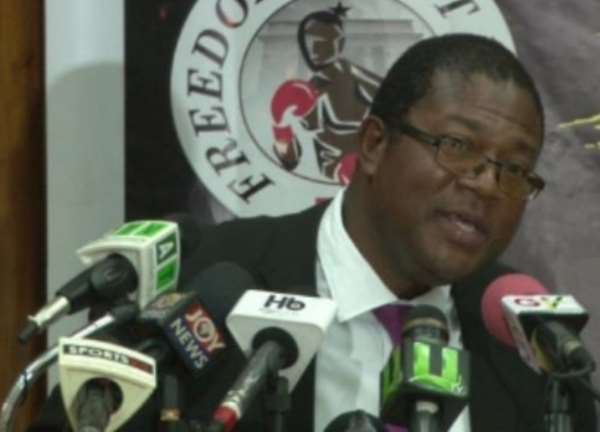 Mr Patrick Johnson, General Secretary of the Ghana Boxing Authority (GBA), has called on the government to shift its attention to other sporting disciplines after the recent 'Anas Expose' brought to light deep-seated rot in football.

'The recent expose should serve as a wake-up call for the government and to serve as a reason for more investments in other sporting disciplines,' he told GNA Sports in an interview.

Mr Johnson said other sporting disciplines in Ghana, had always made a cry for financial support from the government, but all of those cries had always been in vain.

He said the Anas expose, was the right catalyst needed to get government's attention and support since other disciplines have been neglected for long.

While the Anas expose has really brought hurt and distrust in the system to many, the GBA Secretary thinks, it might actually be good for other sporting disciplines, which has over the years been second or last to football.

'If we conduct a detailed analysis into Ghana sports, it would be noted that boxing has been the country's best sport in recent years and deserved attention,' he added.

Mr Johnson who was recently appointed as the General Secretary for the National Paralympic Committee (NPC) by the National Sports Authority (NSA).