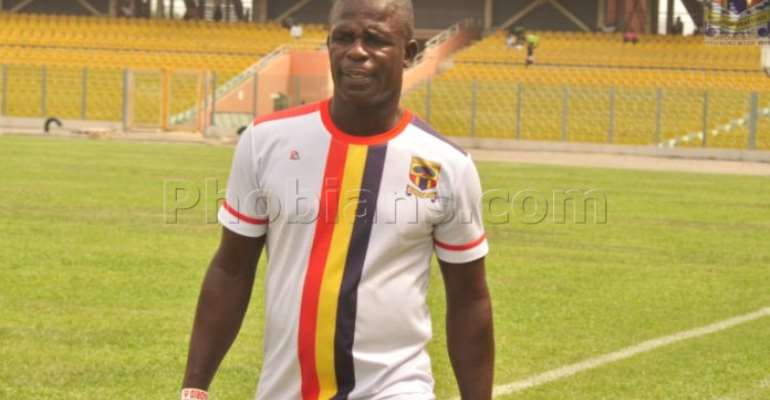 Despite the Ghana Premier League suspended following a weekend rocked by scandalous behaviours at the country football governing body.

Accra Hearts of Oak's new gaffer Seth Hoffman will assume his new role this morning as he leads the club following the termination of Coach Henry Wellington.

The former Wa All Stars and Hearts of Lions Coach was named manager of the rainbow club last Friday but will have to wait for his first game following the suspension of the local league.

It will not be the first time the former Heart of Lions trainer will be training the club's first team.

The immediate past Auroras (Hearts of Oak's Junior team), before his latest appointment, has been moving up and down to help with first-team training.

He deputized for Wellington during preseason last year and helped the team to finish second in the GHALCA G-6 tournament. Hoffman was also on the Hearts bench when the Phobians beat Kotoko in the first leg of the [email protected] Cup match, deputizing again for Wellington in the absence of former head coach Frank Nuttall.

Akufo-Addo, Mahama to wrap-up campaigns with mammoth rallies...
43 minutes ago