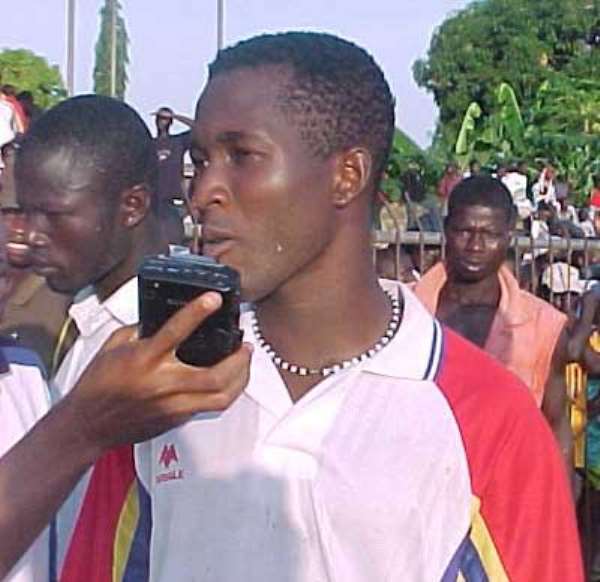 Hearts solicits help to locate him Accra, Aug 23, GNA - Accra Hearts of Oak Sporting club have asked the Ghana Football Association to liase with their counterparts from Kuwait and Saudi Arabia to help locate the whereabouts of their player, Ablade Morgan who has been out of contact for some time now. The Club said it was making the appeal after several attempts made to locate the whereabouts of the player whose last trails in Saudi Arabia proved futile.

Mr Ashford Tettey Oku, Administrative Manager of the Club in an statement copied to the GNA Sports also pleaded with the Ministry of Foreign Affairs to also contact the Ghanaian Embassies in the two countries for any information on the player.

The statement said Morgan and another Hearts player, Daniel Coleman were invited by Prince Saad, President of the Nassr Club of the Kingdom of Saudi Arabia to proceed to Riyadh for trails with the aim of signing them on.

It said the players left Ghana on August 8 and since then, Daniel Coleman has been engaged on a 10 months loan deal after an impressive trails stint.

In the case of Morgan, the Saudis are said to have requested for further time to assess the player before making any final decision regarding his engagement with the club.

The statement said during the weekend, the Hearts management heard rumours that Morgan and a few others have been involved in a motor accident either in Saudi Arabia or Kuwait.

"On hearing the news we promptly faxed officials of Nassr requesting condition of the player and the Saudis replied by phone that since they took the decision not to engage Morgan, they arranged for his return to Accra and even sent him to the Airport on Saturday, August 20" - the statement said.

The Club said contacts they made with Morgan's family in Tema confirmed that they have also not heard from the player since last weekend and said that was unusual.

It said the Saudis also went ahead to deny knowledge of any accident in their home country.

"We have this morning therefore advised the Nassr officials to go to the Airport to check whether Morgan actually boarded the plane bound for Accra or he re-routed elsewhere and to indicate who were behind and under what circumstances and other relevant details of the new arrangement", the statement said.

We're ready to go to jail for fighting the bogus, discrimina...
55 minutes ago