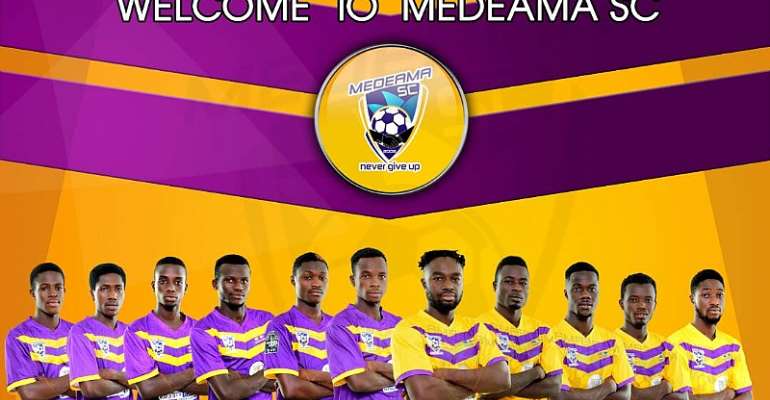 Medeama have announced the signing of 11 new players ahead of the new season which kicks starts on Friday.

Former Asante Kotoko striker Kwame Boateng is the most high-profile signing for the club.

"Our plans are to bolster the squad, need to assist the technical staff and plan to win more trophies this season," Chief Executive James Essilfie is quoted by the club's official website.

"These players were carefully selected based on the technical team recommendation on quality, commitment, mental toughness and humility.

"I have no doubt in my mind that with a little support from management and club president the skill will not be the only limit but the ultimate of winning the trophy for the first time.

"Though the task ahead is insurmountable but with little determination, we can get there."

The Mauve and Yellows will open their Ghana Premier League campaign at home to Karela United on Sunday.