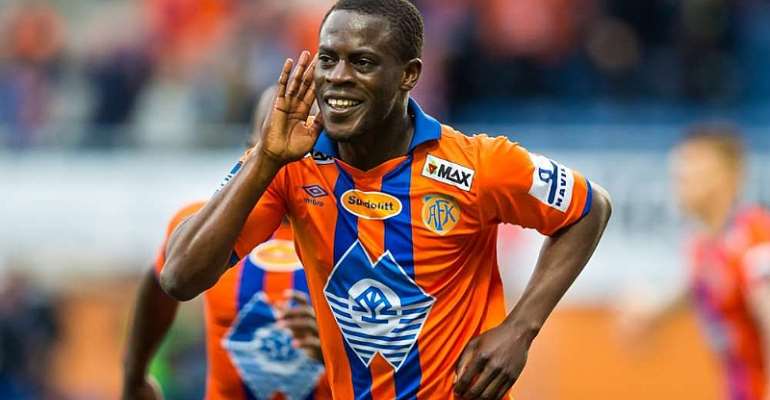 According to the Daily Mail, English Championship side Middlesbrough are interested in Ghanaian winger, Edwin Gyasi.

The according to reports, Middlesbrough want to bolster their squad for the second half of the season.

However, Tony Pulis' side must meet his £600,000 asking price plus add-ons set by Norwegian side Aalesunds FK.