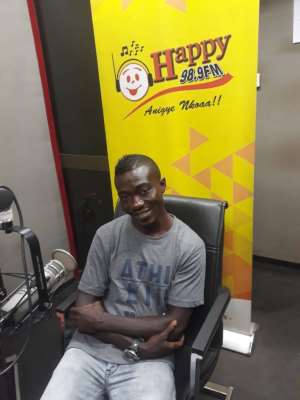 Former Hearts of Oak winger Bernard Don Bortey has expressed his regret for not playing for Asante Kotoko during his hay days.

Bortey, who joined Hearts of Oak from defunct Tema-based outfit GHAPOHA during the 2001 season, became an integral part of the "64 Battalion" and a deadly force alongside Ishmael Addo, Charles Taylor and Emmanuel Osei Kuffor.

Before his move to Hearts of Oak, Bortey, who is known in football circles as "Serial killer" was close to joining the side's fiercest adversaries, Asante Kotoko but the deal did not materialize despite incessant attempts by the club chairman Herbert Mensah.

'I nearly joined Kotoko and I remember I was at a press conference in Kumasi but my card was still with Hearts and I had to return all items giving to me by certain Kotoko officials with some of the family members started to curse me prior to the move," the 34-year-old told Happy FM.

'Up till now some of my family regret opposing my move to Kotoko. I believe playing for Kotoko would have offered me more in life because if I should have done the things I did for Hearts at Kotoko my life would have changed.'

He helped Hearts of Oak to win three Ghana Premier League titles and the 2004 CAF Confederations Cup when they defeated Asante Kotoko on penalties in the final.