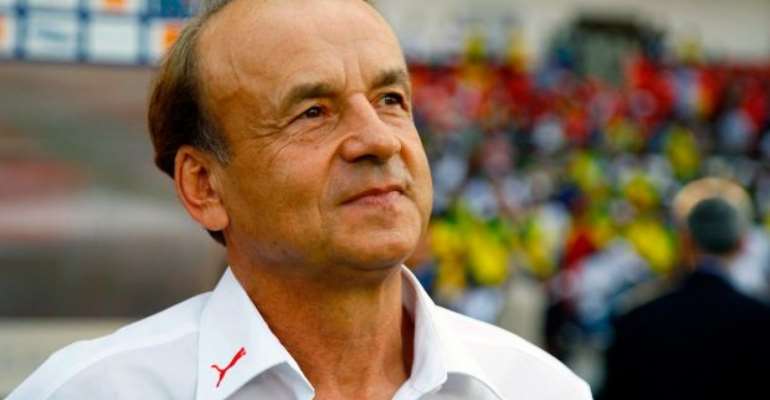 Head Coach of Nigeria's Super Eagles, Gernot Rohr has revealed that all of Africa's five representatives slated to participate at the Russia 2018 World Cup made it to the quarterfinals of the competition in a vision that came to him while he slept.

The German tactician ensured that Nigeria sealed their ticket to the global showpiece ahead of all others on the continent and will be hoping to guide them out of a difficult Group D which also has Iceland, Croatia and Argentina.

Nigeria will come up against Argentina a record fifth time in the group stages but Rohr remains adamant that his charges have what it takes to navigate the challenge of the first stage.

“The first target will be for us to get out of the group.

“The second step, we will see, let’s work to come out of the group because it’s a very difficult group.

“There is Argentina, Croatia and Iceland so it’s difficult.

“I had a dream that the five African teams are all in the quarterfinals.

“It is a period of visions so let’s hope that it will arrive,” he told Kwese Sports as he departed the Accra International Conference following the CAF awards.

Rohr was however pipped to the CAF Coach of the year award by Egypt's Hector Cuper.