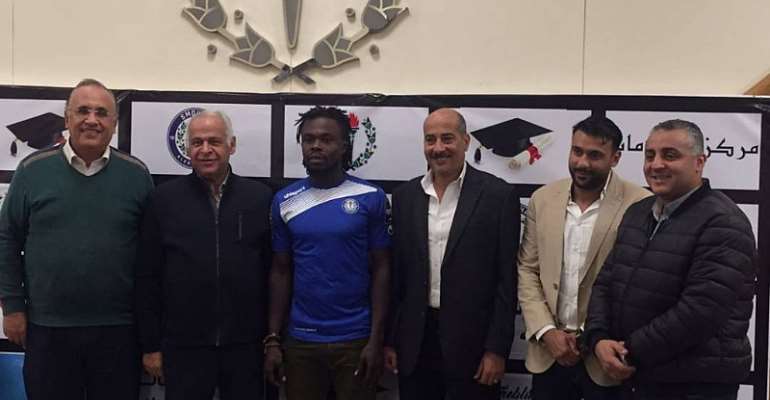 The Black Stars B striker has signed a two year deal with the club and will be with the Egyptian side until 2020 with a renewal option.

Sarfo, who was supposed to have completed a year move to Kuwaiti side Al Qadsia is believed to have turned down the offer, opting for the Egyptian side.

Details of the deal were not disclosed but Ghanasoccernet has gathered that the deal involved a little over $200k.

The intelligent striker scored 18 goals for Berekum Chelsea in all competitions - 15 in the Ghana Premier League and 3 in the FA Cup.

He also emerged the goal king of the 2017 WAFU Nations Cup hosted in Cape Coast with 4 goals.