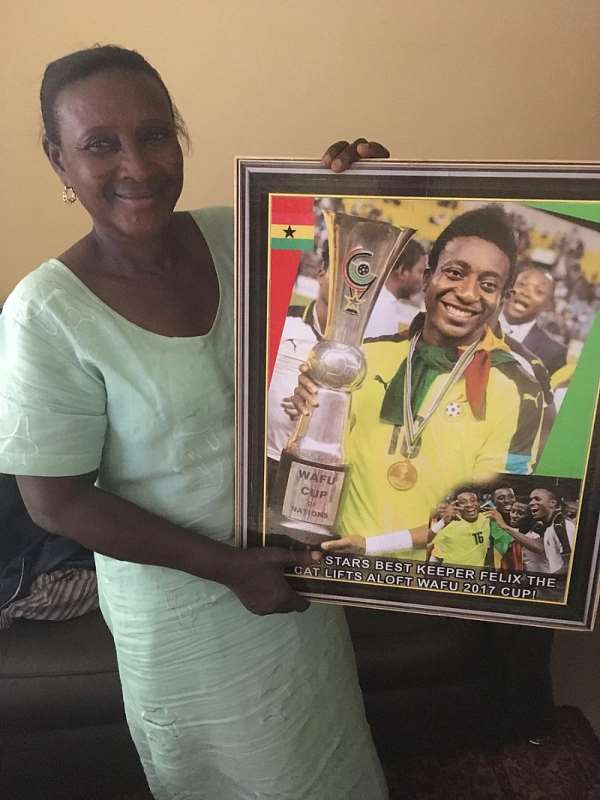 Kotoko goalkeeper Felix Annan has presented the three medals he won at the end of the season to his darling mother.

Annan, who returned from a one-year loan spell at West African Football Academy in 2015, won three major trophies this year.

The hugely talented young gloveman won the President Cup, WAFU Cup of Nations and recently the FA Cup crown with the Porcupine Warriors.

And an elated youngster has presented the medals to his mother.

Mama Got The Feel Of 2017 Success!3 Gold Medals #PresidentCup#WafuCup#FACup#GodFirst#HomeSweetHome# pic.twitter.com/gix8UJJsNP

The contract of the last line of defence runs out in the coming weeks.