Richard Commey Steps Up Training Ahead of Roman Andreev Clash 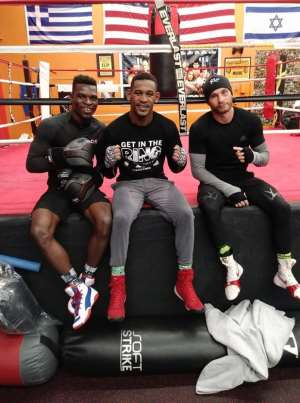 Ghana’s World title hopeful Richard Commey has stepped up his training in USA ahead of his IBF lightweight eliminator battle against Russia’s Roman Andreev.

Commey for the past weeks has been sparring with former World champions Danny Jacobs and Chris Algieri.

The James Town native is getting geared up for his December clash against Andreev and training with the aforementioned world class boxers will give him the needed exposure.

For Algieri, three years ago he lost his WBO welterweight belt to Manny Pacquaio.

Commey currently holds the WBC international silver lightweight belt. He is currently ranked number 4 by the IBF and number 6 by the WBC.