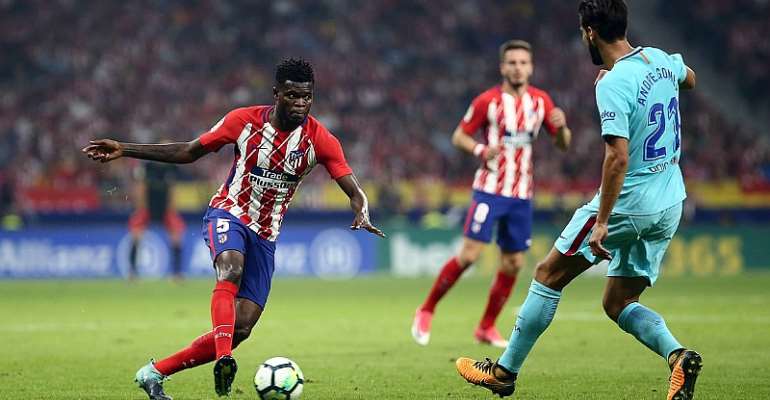 Ghanaian international, Thomas Partey played a key role for Atletico Madrid in their 1-1draw against Barcelona in the Spanish Primeira on Saturday evening.

Spanish forward, Saul opened the scoring early on at the Estadio Wanda Metropolitano in Madrid but former Liverpool man, Luis Suarez stroke late in the second to salvage a point for the Catalan side.

At the back of another impressive appearance for the Black Stars in the 0-0 draw against Uganda in Kampala recently, Partey was brought on by Diego Simeone in the 73rd minute to replace Yannick Carasco with Atletico Madrid still in the lead but Suarez would nod home the equalizer in the 82nd minute.

This was the energetic midfielder’s seventh appearance of the season as he continues his rise from a being a bench warmer.

Atletico are next in action on Wednesday in the Champions League and will be traveling to Qarabag in Azerbaijan and the 24-year-old is excepted to return to the starting lineup.