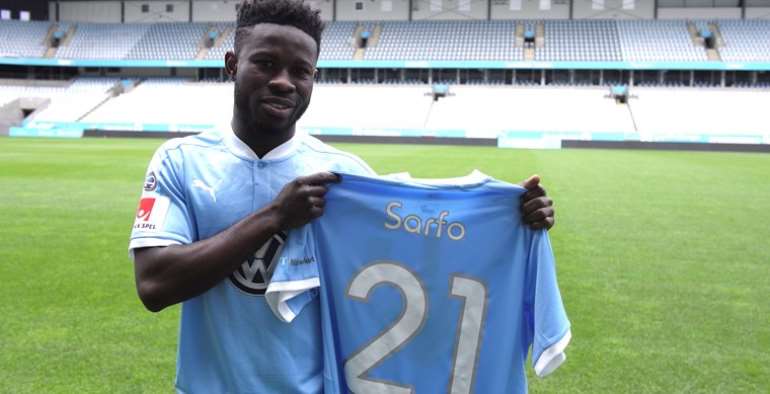 Malmo midfielder Kingsley Sarfo has snubbed Sweden and pledged his international career to his country of birth Ghana after months of indecision.

The 22-year-old Kumasi-born was being courted by the European country, where he has been the last three years.

Last month, he was handed a debut call-up for the 2019 Africa Cup of Nations qualifier against Ethiopia and the high profile friendly games against Mexico and USA in June but he failed to report.

This was after it was revealed the Swedish FA moved in quickly to prevent him from playing for the West African nation after his former side IK Sirius applied for a Swedish citizenship for him.

"I will honour the Stars call up if the coach invites me," Sarfo told Kumasi-based Angel FM in an exclusive interview.

"My decision to play for the national team has nothing to do with Sweden, it's my own decision.

''Ghana has done a lot for me and I believe it's time a serve my country.''