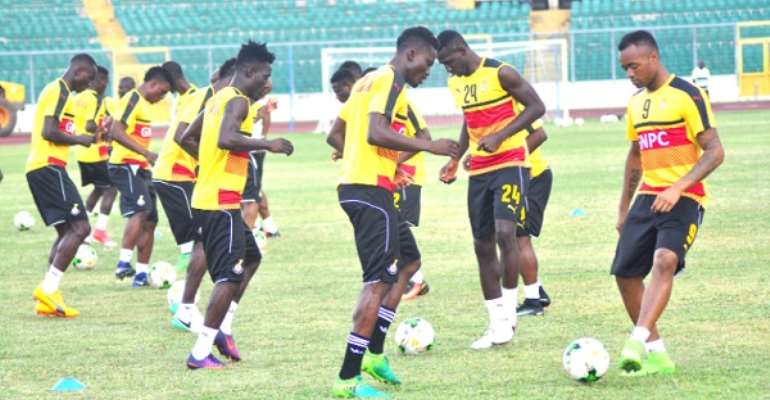 The senior national team, Black Stars, will hope to start their 2019 Africa Cup of Nations (AFCON) qualifier on a bright note as they look to appease a disgruntled supporters and also make their chances of qualification easy when they welcome Ethiopia to the Baba Yara Sports Stadium in Kumasi.

The Stars must win on Sunday against the Walias as they return to play at home for the first time since they missed out on the last edition in Gabon.

Coach Kwasi Appiah will be keen on beginning his second stint in charge of the Stars with a win and must psyche up his charges to seize the opportunity and avoid any slip on Sunday.

A new-look Stars team which comprises of seven local-based players will attempt to announce themselves on the international scene by winning convincingly on the day.

Stars skipper and deputy, Asamoah Gyan and Andre Dede Ayew, respectively, have assured Ghanaians victory over their opponents as they set sights on winning Ghanaian support.

The game promises to be an entertaining one but could be a walkover for the Ghanaians as they dominate the head to head between the pair with two wins and a lost in three matches.

Foreign-based players such as Lumor Agbenyenu of Munich 1860, returnees Rashid Sumalia and Jerry Akaminko, Alanyaspor's Isaac Sackey, Ebenezer Ofori and Thomas Agyepong who have been invited by coach Appiah must prove their worth to stand a chance of making the national side in subsequent games.

The Ethiopians on the other hand must work tirelessly to break a wounded Stars side that are determined to prove a point to their trainer.

Coach of Ethiopia, Ashenafi Bekele, will urge his team on for an upset against the Stars as they look to qualify for the AFCON for the first time in four years after missing out on the last edition in Gabon.