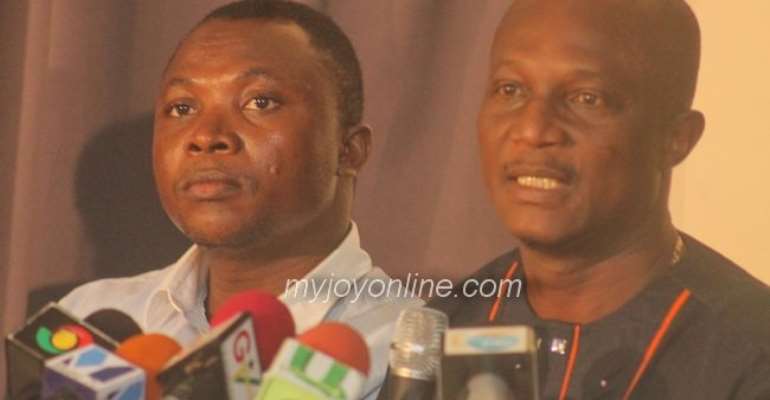 Ghana FA spokesman,Ibrahim Saanie Daara, has exclusively told Joy Sports that he does not share the same sentiments by two leading sports administrators that Kwasi Appiah is not competent enough to become Black Stars head coach.

Wilfred Osei Palmer and Nyaho Tamakloe are on record to have played down the clamour by Ghanaians for Appiah to be given the job for the second time in five years following the departure of Avram Grant.

Kwasi Appiah, who is heavily tipped to be reappointed after going through a successful interview last Friday, has received the backing of Saanie Daara to return as fans continue to mount pressure on the Association.

Some of the fans believe Appiah is the right man to improve the fortunes of the country in 2018 World cup qualifiers even though it is extremely difficult. However, the two outspoken administrators have cautioned against choosing the former Kotoko defender for the top post.

But according Sannie, the decision by the search committee to name the Sudan-based trainer among the three coaches interviewed for the job so far shows that he is competent enough.

"After juxtaposing Appiah's CV and achievements with that of those who applied for the post, the search committee thinks he is among the best," Sannie Daara told Joy Sports.

"What is not important is Appiah must be given the chance to prove to those interviewing him that he is capable of handling the post. We must be fair to him.

"People can have their personal opinions and that's absolutely fine but they must not seek to torpedo the work of the committee.

"Kwesi Appiah has handled the national team before, since then he has made important strides by making Al Khartoum one of the respected sides in the CECAFA region.

The search for a new trainer for the senior national team intensified last week where three coaches were interviewed last Friday after over 100 applied for the job.

Appiah is the first Ghanaian coach to qualify Ghana to the FIFA world cup at the expense of Egypt in 2014.