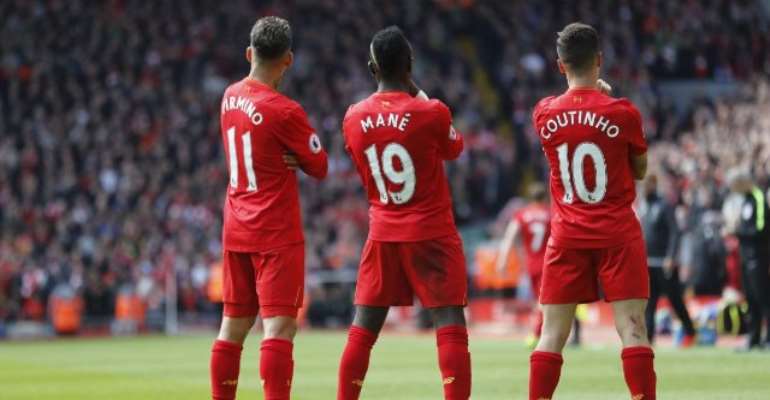 The Brazilian curled in his eighth goal of the season just 177 seconds after Matty Pennington had cancelled out Sadio Mane's solo opener to give the Reds the interval lead.

It capped a welcome return to form for Coutinho who then set up substitute Divock Origi to seal the league double over their neighbours on the hour. 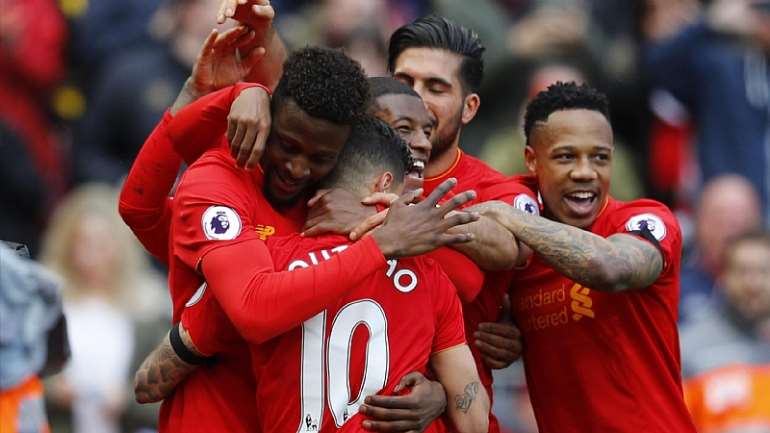 Everton's main threat came from set pieces and their frustration at failing to triumph for a 13th straight derby threatened to boil over with Ashley Williams and Ross Barkley perhaps lucky to escape red cards.

The victory sees Jurgen Klopp's men move two points ahead of Manchester City into third spot, though the success was slightly soured by the loss of Mane to what looked like a nasty ankle injury.

The Reds have played at least two games more than the rest of their top four rivals, and the Citizens can edge ahead of them once again if they win at sixth-placed Arsenal on Sunday afternoon.