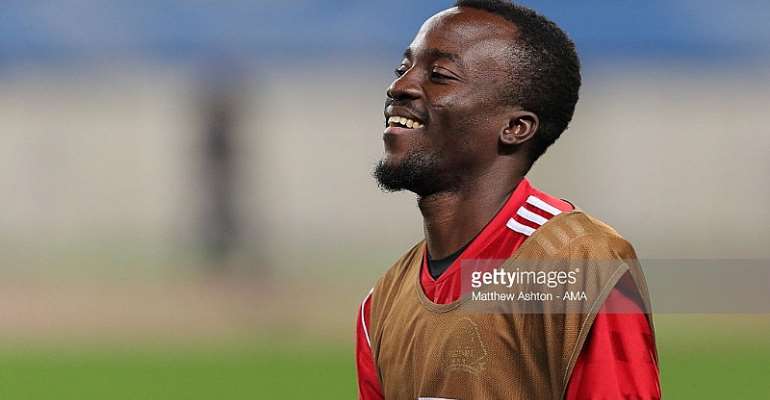 Ghana and TP Mazembe winger Solomon Asante says attention has been turned towards winning the CAF Confederation Cup after beating Ghanaian side Medeama 3-1 in the first group game.

The diminutive yet skillful midfielder played a good game to help his side emerge 3-1 winners on the day.

Mazembe coach Hubert Velud's side is huge favourite to win the group and did not disappoint in Lubumbashi when Medeama came visiting.

Asante who played in the games despite losing his elder brother barely 24 hours to game says they must win the competition to make up for the disappointment of their CAF champions League exit.

'We have played in the CAF Confederation cup some few years ago and we failed to win it so this year the attention is there to win it,' Asante told Accra based Citi-fm

"Also we have failed to defend our CAF Champions League trophy so we have to take it serious here."

'We have to remain focus because we have a good team and the determination is very high.'

'I think that this will be a very successful campaign for us on the continent.'