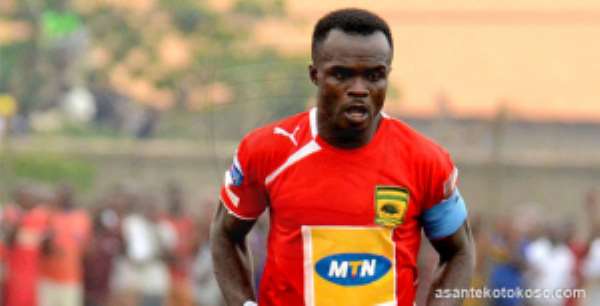 The dethroned league champions were beaten to the league title by Obuasi AshantiGold last season and have intensified their preparations ahead of the new season.

But the captain of the Reds says he is hopeful they will better the performance last season.

'We hope to do better than what we did last season. I will not say we will win the league but when the season starts we will make the fans proud.

We know the fans need nothing apart from the league trophy and we will do exactly that for them,' Amos Frimpong said in an interview with GHANAsoccernet.com

'We were second last season and if we want to do better, then everyone should know how better it will be. By the end of the season, the fans will be smiling,' he added.

Asante Kotoko will commence their title ambitions with a difficult task away at WAFA in Sogakope.

Kotoko lost by a lone goal last season at the same venue and will be hoping to put up a better performance to cement their title chase.