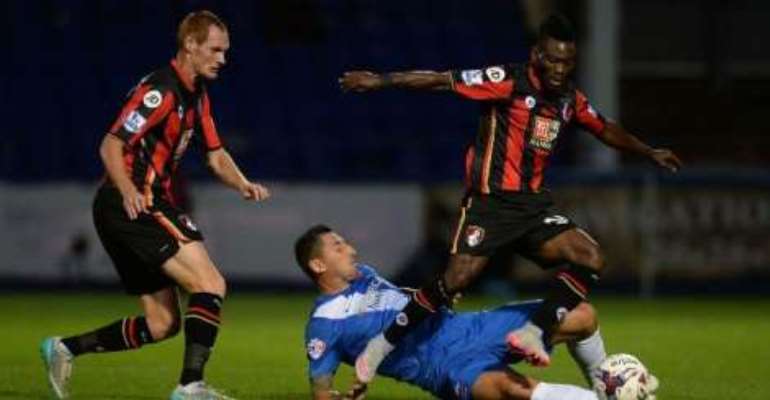 Ghanaian player Christian Atsu is set to complete a transfer move to the Spanish La Liga . The Black Stars player returned to Chelsea after a disappointing spell with English Premier League club AFC Bournemouth at the beginning of the year.

Atsu has not played for Chelsea since returning to Stamford Bridge and will move to Spain for another loan spell after manager Guus Hiddink encouraged him to in a press conference.

The Chelsea boss said:
'Players who don't have much of an option to play [at Chelsea], they must get the experience of playing weekly.

'I cannot say much more than this. He is not a young, young player, he is 24 and these guys need to play.'

Spanish La Liga clubs have expressed interest in the Ghana international with Levante, Malaga, Espanyol and Rayo Vallecano all battling for the signature of the former FC Porto player.

Atsu has been given permission to speak to the clubs and decide which of the offers will suit his ambitions as a player.

The Black Stars player joined the English Premier League Champions in 2013. The Ghanaian player spent last season on loan at Everton before joining AFC Bournemouth at the beginning of this season.