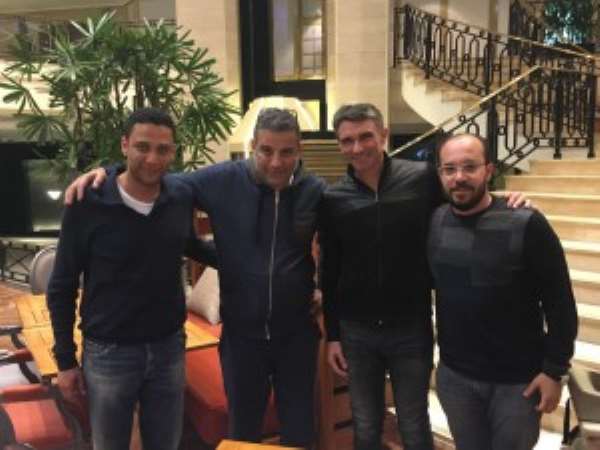 Carteron, 45, put pen-to-paper on Saturday afternoon and will be head coach of the side till the end of the season with Wadi Degla.

The Frenchman will replace Hamada Sedky with immediate effect.

The CAF Champions League winning coach arrived in Egypt on Friday and watched Wadi Degla's match against Arab Contractors, which ended in a goalless draw.

Carteron had quit his job at the Congolese club last week after turning down an offer to extend his contract.

'I have made several achievements with TP Mazembe. The club's board wanted me to continue but I preferred to get a new experience,' Carteron said in a televised interview on Friday.

Carteron led the Congolese team to win the 2015 CAF Champions League, before losing both matches at the Club World Cup in Japan.

Bishop Dag apologises to Otumfuo over 'offensive' sermon
18 minutes ago

There's power in a father's encouragement – Pastor Otabil
18 minutes ago