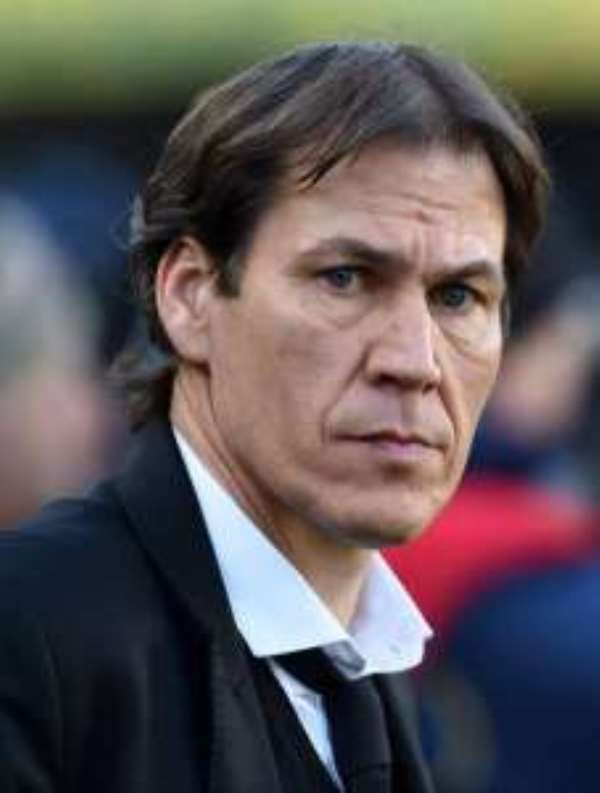 Roma have confirmed the departure of coach Rudi Garcia and his assistants Frederic Bompard and Claude Fichaux.

Speculation had been surrounding Garcia's position at the Stadio Olimpico for several weeks, with the Giallorossi struggling once more to mount a serious Scudetto challenge.

The club announced the news on their official website though they have not yet revealed who will succeed Garcia in the Eternal City.

'On behalf of myself and everyone at AS Roma, I'd like to thank Rudi Garcia for all of his hard work since joining the club,' said James Pallotta in a statement on the website. 'We've all enjoyed some great moments during his time at Roma but we believe that this is the right time for a change.'

Alberto De Rossi will take training on Wednesday afternoon while is believed that former coach Luciano Spalletti will make a return to the Olimpico to take the reigns on a permanent basis.