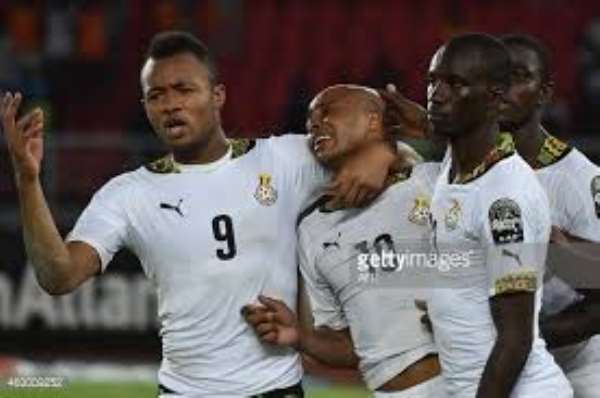 Ex Black Stars midfielder, Mohammed Gargo has played the 'devil's advocate' by stating that it will be difficult for Ghana's Andre Ayew to win the 2015 GLO-CAF African Footballer of the Year.

The award scheduled to come off this eveing in Lagos, Nigeria will see Andre Ayew competing the reigning African Footballer of the year Yaya Toure and Piere Emmerick Aubemeyang from Gabon.

Ahead of the award host of soccer pundits have held different views regarding the chances of Andre Ayew, Yaya Toure and Aubemeyang as there is no clear-cut favorite.

But former Black Stars and Udinese midfielder, now a coach, Mohammed Gargo says that it will be very difficult for Andre Ayew to beat Toure for the award.

'It should be an encouragement for Andre Ayew that at least he has been shortlisted as one of the best three players but it is a bit difficult because in terms of consistency Yaya Toure and Aubemeyang look better than Andre.'

'Most at times they look at club performance, standings and a player's real contribution to club success is all part of what they look out for. And for Andre to win the award it will be difficult looking at the position of Swansea City on the league and that of Manchester City,' Gargo told Ash FM.