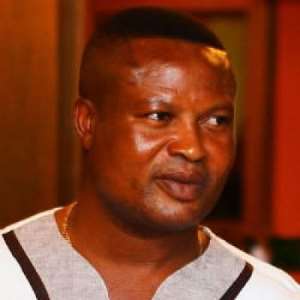 The then Liberty Professionals founder collapsed on the football pitch during his routine weekend football game at Cape Coast and died.

Charles James Aryeh, a director at Liberty Professionals and the Chief Executive of the Ghanaman Soccer Centre of Excellence, in his annual remembrance piece, noted:.

'I wish you were around to see the fruits of your timeless efforts which brought to the limelight the likes of Afo Dodoo, Stephen Baidoo, Foster Bastios, Felix Aboagye, Peter Ofori Quaye, Michael Essien, Addoquaye Pappoe, Sulley Muntari, Baffuor and Asamoah Gyan, Charles Sampson, Derek Boateng, Akakpo Patron and John Paintsil, in football, Gunther Darkey in tennis as well as some notable musicians and actors.

'You did a lot for Ghana Football as a pacesetter in club administration and Ghana football owes you gratitude.

'As I once again celebrate your life's achievements today, I reflect over the many years we worked together both in Ghana and abroad and plans you had for the development of your children, businesses and Liberty Professional F/C.

'Your untimely death brought to an end the realization of your vision. But all is not lost, because your legacy still lives on.'