Emmanuel Adebayor: God is yet to tell me to change from Tottenham 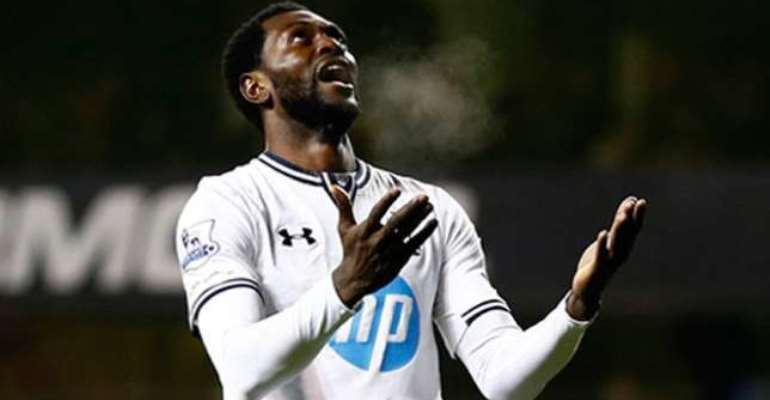 Emmanuel Adebayor, 'the tottenham striker' was in the final stages of signing his transfer toAston Villa football club, when he shocked everyone by saying 'He was yet to receive any signs from God .'

The 31 year old had reportedly terminated his contract with Tottenham, posed with Villa shirts and also done his medicals in a bid to move to Aston Villa when he suddenly changed his mind.

According to the 'Telegraph,' Adebayor's pastor confirmed that 'God has not shown the footballer signs to change.'