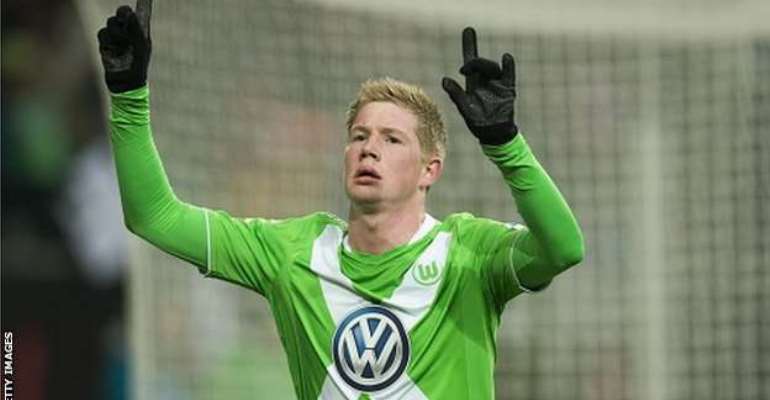 The 24-year-old has agreed a six-year deal and is City's fourth high-profile summer arrival after Raheem Sterling, Fabian Delph and Nicolas Otamendi.

It is the second highest fee paid by a British club after Manchester United's £59.7m signing of Angel Di Maria.

"It takes a special player to improve our squad," said City manager Manuel Pellegrini of the ex-Chelsea player.

"We like to play attacking, attractive football. Bringing in a player like this will only aid us.

"He has all of the mental, physical, tactical and technical attributes required to fit straight in."

De Bruyne said: "I want to reach the highest level possible as a player and I think the most important thing is that at the end of the season we can be happy and maybe have some titles."

De Bruyne, who will wear the number 17 shirt at the Etihad,  joined Wolfsburg  in January 2014 for a reported £16.7m after making three Premier League appearances for Chelsea.