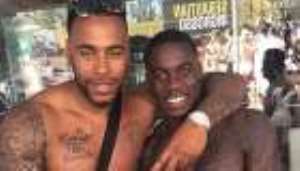 Albert Adomah could be set to leave Middlesbrough ahead of next week's transfer deadline, HITC Sport understands.

The Ghana winger has been one of Boro's best performers in recent years, since joining from Bristol City in the summer of 2013.

The 27-year-old signed a new long-term deal at the end of last year when he was rewarded for his fine form, but now relations between himself and boss Aitor Karanka have become increasingly strained.

Now after being dropped for the match against Bristol City at the weekend, Adomah is now understood to have made his feelings known to the club's hierarchy.

HITC Sport can confirm that Adomah has not put in a transfer request, and no club has yet to make any contact with Boro about a possible deal - although that is set to change in the next 48 hours.

Now with Mustapha Carayol also set to depart in the next few days, Boro could be left short of attacking options with Lee Tomlin already sold earlier in the summer - after he had a similar falling out with Karanka.

Boro have been in talks for Nottingham Forest's Michail Antonio and that deal could become crucial for Karanka going forward.