Kolarov and Nasri give Manchester City victory at Everton 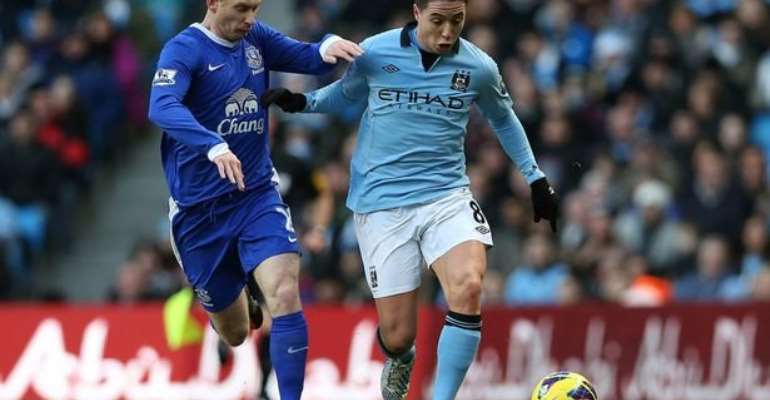 Aleksandar Kolarov scored the first goal of the game as Manchester City beat Everton 2-0 to maintain a perfect start to the season.

Manchester City looked like they would put themselves into an early lead after a bright start, but Tim Howard made two good saves to keep the scoreline level.

Gradually, Everton grew into the game, and Romelu Lukaku had a goal disallowed for a tight (but correct) offside decision, and just before the end of the half, he struck a free kick against the cross bar.

In the second half, City took the lead when David Silva and Raheem Sterling combined to release Kolarov, who beat Howard at the near post with a clever shot.

City were able to absorb the pressure from Everton and controlled the game until the final whistle. With two minutes to go, Samir Nasri pulled off a neat lob after a superb ball into the box from Yaya Toure to secure victory.