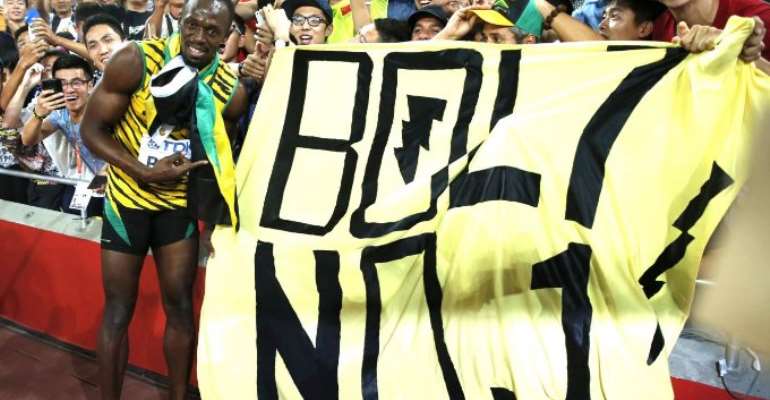 Usain Bolt upset the form book to defend his World Championship 100m title with a dramatic win over hot favourite Justin Gatlin in the final at the Bird Nest's Stadium in Beijing.

Jamaica's world record holder ended Gatlin's unbeaten run that had stretched over 28 races with a winning time of 9.79seconds - a season's best for a man who had been plagued by injury and lack of consistency entering Beijing.

American's Trayvon Bromell claimed bronze with a time of 9.92 seconds. Gatlin was a 2/5 favourite for the title with Bolt drifting to 9/4 after the semi-finals, but the Olympic champion used all his reserves of power and strength to hunt down Gatlin despite getting off to a slower start in the final.

He admitted he had toiled to get the proper spring from the starting blocks, but his natural sprinting talent saw him through. Bolt will be a popular winner of the world title for a third time coming against Galtin, a figure who has twice served a drugs ban despite winning the 100m Olympic title himself in 2004.

"I understand why (people wanted me to win), but I wanted to do it for myself," said Bolt. "It is a big deal."

Bolt won the race on the line with a frantic dip after reeling in the American in the closing 30 metres of a tension-packed race.