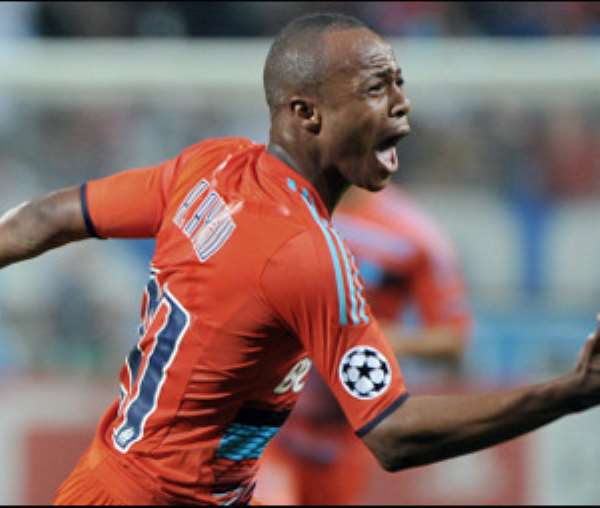 The fixtures for the Barclays Premier League have been released and naturally, we’re checking out where Andre Ayew will be having his first game.

And as fate would have it, the new Swansea star plays first at Stamford Bridge, where champions Chelsea begin their campaign in the season opener on August 8.

AndrÃ© signed for the Welsh side last week, beating off interest from West Ham, Newcastle and Roma.

Despite moving to the Swans, Ayew was one of the most in-demand players heading into the summer transfer window, following the expiration of his contract with Marseille.

The Ghanaian international penned a four-year deal at the Liberty Stadium, where his first home game will be against Newcastle on August 15.