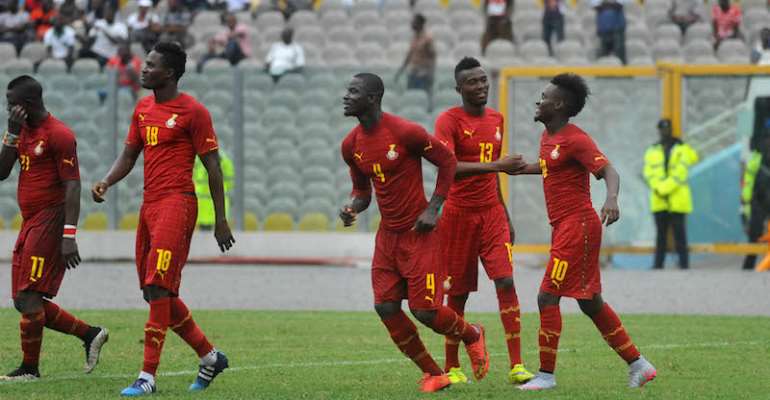 Ghana coach Avram Grant says he is blessed to have players who can function in multiple positions.

The former Chelsea boss was forced to replace Harrison Afful late in the massive win over Mauritius on Sunday with Daniel Amartey who is noted to be a central defender.

Amartey however played comfortably in the make-shift right-back position as if it was his usual.

The composed performance of the Denmark-based youngster caught the eye of coach Avram Grant who praised the abundant versatility in his squad.

'I went to see three games of Daniel Amartey there [in Denmark], and one of them he played at right-back and scored one goal,' he said.

'And the next game he played in midfield and then played in center half.

'He is very young player, 20 years old with a good future but can also give us something in the present.

'It is good that we have three players that can play in more than one position,'

'It creates a lot of options and possibilities for the team.'

Parts of Accra to experience dumsor today
21 minutes ago