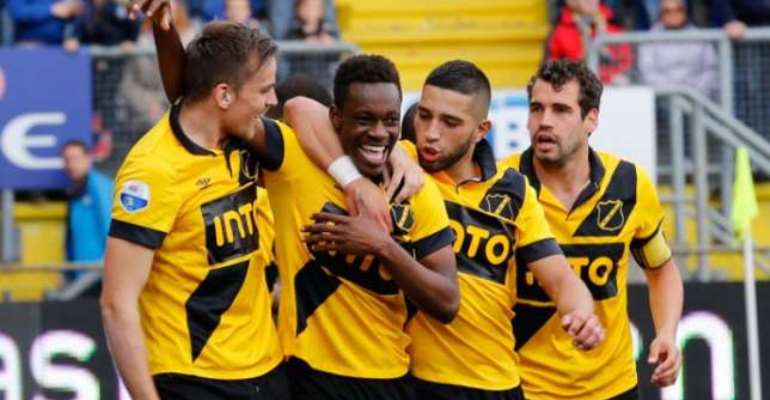 Ghanaian youngster Divine Narh made the headlines in Holland on Sunday with a sensational goal against VVV Venlo in the Eridivisie play-offs.

NAC Breda earned themselves the chance of retaining their status in the top division as they won 3-0 at home to VVV Venlo to seal a 4-0 aggregate victory.

Taking the ball on the edge of the box, the on-loan attacking midfielder dribbled past no less than five Venlo players to bury the ball in the back of the net.

The goal is reminiscent of Zlatan's Ibrahimovic's effort for Ajax against NAC Breda themselves in 2004.

Check out his effort out: