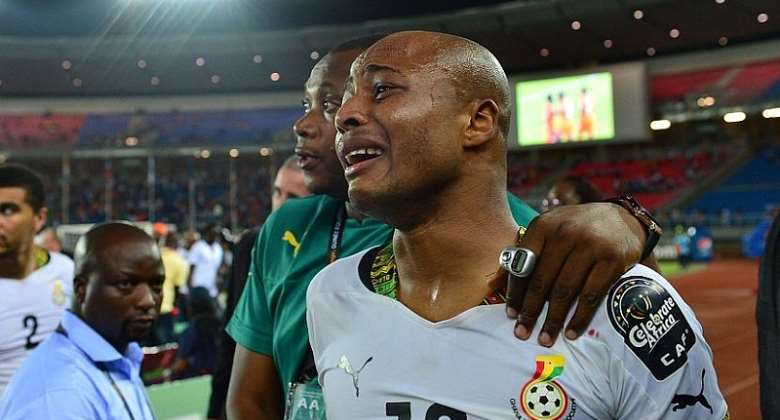 Ghana forward Andre Ayew says he will never put the disappointment of losing the 2015 Africa Cup of Nations finals to Cote d'Ivoire behind him until he wins the trophy.

The 25-year-old wept inconsolably after the Black Stars blew a two-goal lead in the penalty shootouts to miss another unique opportunity of ending an over three-decade wait for an African title in Equatorial Guinea.

Ghana had recovered from a disastrous start to the tournament to get better and better up into the finals where they outplayed the Ivorians.

Coach Avram Grant in the end had to pick up his dejected players off the turf after losing the final in the worst possible way.

Andre Ayew who was one of the most devastated players within the Black Stars ranks on that night in Bata says he can never move on from that setback until he wins the elusive title.

“I will never put this final behind me until the day God gives me the opportunity to win this trophy,” the departing Olympique Marseille star told BBC's World Football.

“It is one of the trophies that I want more than anything in this world. We deserved to win.

“To forget about it is not possible till I win it but if I become a better player and all of us in the Ghana squad become better players then we're giving ourselves more chances to win it next time.”

Andre Ayew has been involved in two AFCON finals since becoming a key member of the Black Stars.

He lost the 2010 final when Ghana succumbed to a late strike in Egypt's last African title that ended their era of dominance on the continent.