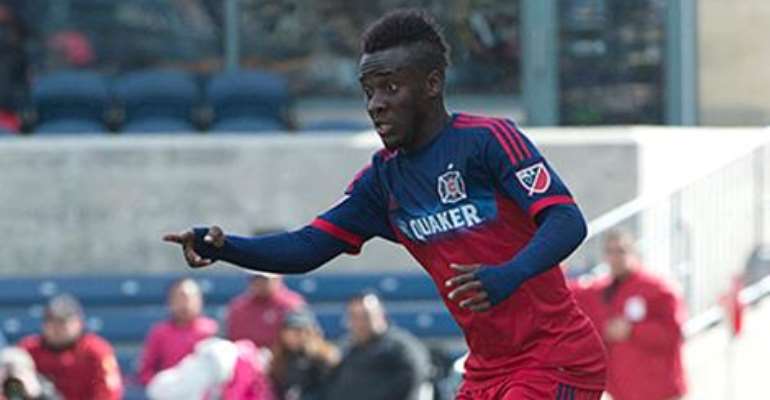 David Accam was sent off in USA

Black Stars attacker David Accam was sent off at the dying embers of Chicago Fire’s narrow 1-0 reverse against Sporting Kansas City on Sunday night in the American Major League Soccer.

The 24-year-old was marched off the field in the 89th minute for after getting tangled up with an SKC defender, decision deemed too harsh.

Fire were down to Paulo Nagamura 72nd minute goal and the former Helsingborg IF star was working tireless on the night to restore parity for his side.

But it ended bad as referee Jose Rivero sent him off for hassling a defender inside the box. Fire have not announced whether they will appeal against the decision.

This means Accam will miss both of Fire’s games against Real Salt Lake and New York City FC.