Chelsea on verge of Premier League title after win at Leicester 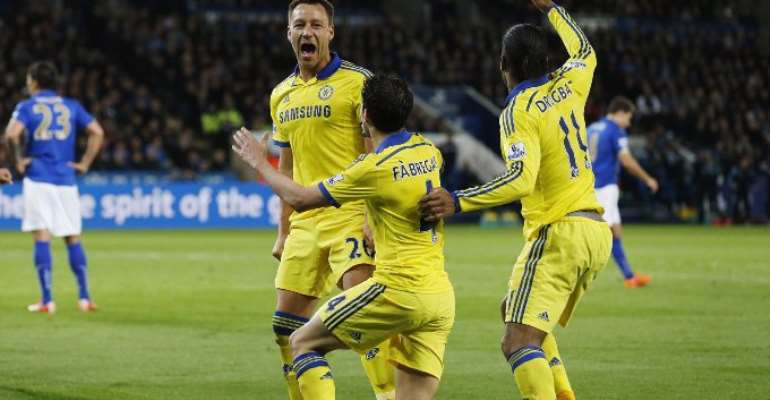 Second half goals from Didier Drogba, John Terry and Ramires saw Chelsea beat Leicester 3-1 and move to within touching distance of the Premier League title.

Leicester enjoyed the better of the first half and were good value for their lead, which they seized in first half injury time when Marc Albrighton profited from a slip by Cesar Azplicueta to tuck into the bottom corner.

Chelsea struck back less than three minutes into the second half through Didier Drogba, who swept into the bottom corner after Branislav Ivanovic picked him out.

Drogba missed a sitter a minute later but Chelsea sneaked ahead 11 minutes from time when John Terry scored from close range after Kasper Schmeichel could only parry Gary Cahill's header from a corner. Ramires put the icing on the cake with a fine finish on the run to leave Leicester only a point clear of the bottom three.

Chelsea, meanwhile, host Crystal Palace on Sunday knowing that three points will bring them the title.